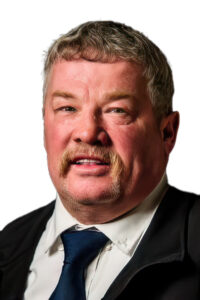 The Elks Hoop Shoot Committee is responsible for overseeing the Elks National Hoop Shoot Competition in the State of Maine. The Committee provides support to Local Elk Lodge Hoop Shoot Committees. It also organizes and conducts the District and State Contests, and coordinates with the committees conducting higher level contests at the Regional and National levels.

Each year, the Elks across the United States sponsor a National “Hoop Shoot” Free Throw Contest, that gives youngsters an opportunity for spirited competition, fine relationships with their peers, and travel across the State, Region, and Nation, at minimal expense to their parents. The parents of competitors at the State, Regional, and National levels attend as guests of the Elks.

The “Hoop Shoot” Free Throw Program is open to all boys and girls, ages 8 through 13. All public and private schools within the jurisdiction of a local Elk Lodge are invited to participate in this program.

The participants first compete at the local level, which is run by 20 Elk Lodges throughout the State of Maine. Following  that contest, the six Lodge Champions, one boy and one girl in each age-group, advance to a District contest.  Here in Maine, there are 3 districts, Coastal, Central, and Northern Districts. Each district contest may have from 7 to 8 Lodge entries in each category and age-group.

From that point, the six finalists in each District contest will advance to the State finals. The State Champions then compete at a Regional contest to determine the contestants that will compete at the National Finals, which are held in Springfield, Massachusetts,
Home of the National Basketball Hall of Fame.

For details on the Contest Rules, click on the Hoop Shoot Contest Info button at the top-left of the page.