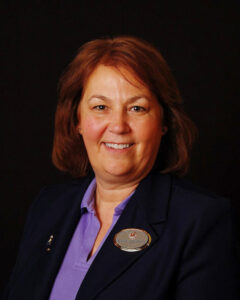 Order pins through your Lodge Secretary

The page you requested could not be found. Try refining your search, or use the navigation above to locate the post. 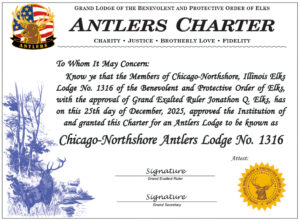 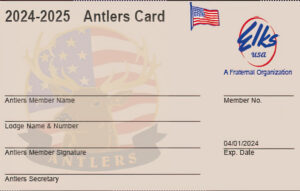 The Antlers Committee is responsible for promoting the Antlers Youth program to be conducted in Elk Lodges throughout the State of Maine. This program is a great way to introduce young people aged 12-20 years of age to learn about American patriotism, respect for parents, and love of home and family. It also teaches good citizenship, respect for others, and to provide aid to worthy causes. All things that Elks in high esteem.

The State of Maine currently has two Antler Lodges. One in Augusta #964 and the other in Waterville #905. All Lodges are encouraged to implement the program in their Lodges as a way of mentoring our young people about what is good in society.

The Antler Program originally started in the nineteen thirties, to encourage young people to grow up to be upstanding members of society. When World War 2 broke out, the Antler Program was unable to continue its active status, and by the early 1960’s the program was terminated by the Grand Lodge. In 2002, the program was reinstated, as there was renewed interest in working with the youth of our communities. Today, the Elks have over 150 Antler Lodges in the United States, and more are being instituted each year.

The Antler Program is a chartered organization that is sponsored by an Elks Lodge with the purpose of quickening the spirit of American patriotism. It teaches young members the importance of respect for their parents, good citizenship, and imparting a love of home. The organization promotes the welfare and happiness of its members, and teaches respect for the conviction of others in matters of worship and religion. The organization also inspires its members to serve others, by aiding a worthy cause in their community.

In essence, the organization shares many of the same goals as the Benevolent & Protective Order of Elks. The hope is that by teaching our young people these values, that they will want to continue the work when they become adults, and join the Elks when they turn 21.

To become a member of the Antlers, the candidate must be:

To start a new Antlers Lodge, it must be sponsored by an Elk Lodge, and have a minimum of fifteen young people willing to join.

The Sponsoring Elk Lodge will need to appoint an Advisory Council consisting of a minimum of five members, who will oversee the program in the Lodge.

Rituals for the Institution of an Antlers Lodge, Initiation, Installation of Officers, and Special Ceremonies are to be prepared by the Advisory Council in the absence of any Grand Lodge approved rituals.

An Antler Lodge cannot become its own separate corporation, and must remain as an organization within the sponsoring Elk Lodge.

The key to having a successful Antlers Lodge, will be the involvement of dedicated Elk members who are appointed to an Advisory Council. This council must consist of a minimum of five people, and they must meet monthly at a minimum, and keep minutes of those meetings. Their purpose is to provide guidance and advice to the officers and members of the Antlers Lodge, to prepare and document rituals, and at least one member of the council must be assigned to each of the Antler committees. Should the need arise, the Advisory Council can also discipline the Antler members, for improper conduct and violations of the Antler Laws.

The Advisory Council is not intended to run the organization, but to provide guidance, encouragement, and some direction to the members to keep the organization on track, and meet the purposes of the Antler organization. Their active involvement as mentors, will have a strong bearing on the success of an Antlers Lodge.

Information is available by clicking on the buttons to the left to learn more about the program. For more information about the Antler Program, and starting one in your Lodge, contact the Maine Elks Antler Program Committee Director.